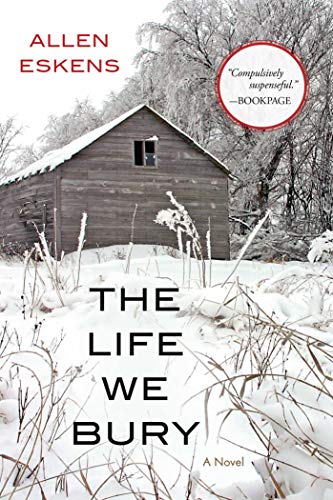 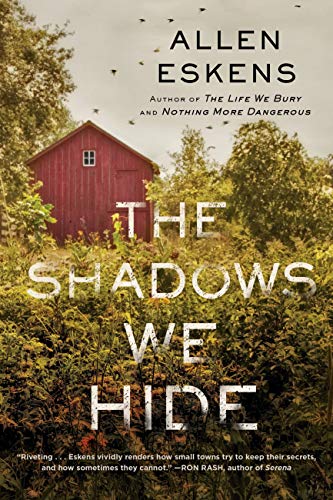 I had read The Life We Bury when it came out in 2014, and liked it, and decided to revisit this gripping but gentle novel when the Aptos Men’s Book Club selected it. I also opted to try one of Eskens’ later books in the same (Joe Talbert) series, and selected The Shadows We Hide, the most recent one.

In The Life We Bury we meet Joe Talbert as a struggling college student with an assignment to write a biography. He winds up writing about Carl Iverson, a man convicted of raping and murdering a young girl many years ago. Iverson is dying of cancer and doesn’t seem like a murderer, so Joe gets quite interested in him.

We also meet Joe’s alcoholic mother and autistic brother and watch him fall in love with the girl across the hall. They all play a role in the stories that (there are three stories) unfold, and it’s a charming thriller.

When we meet Joe in The Shadows We Hide, it’s six years later and he’s an AP reporter, somewhat cynical and full of himself and far less likable. The other characters are the same, although his mother has sobered up.

But this time Joe is the sole focus of the single story, and it’s not nearly as interesting as the stories in The Life We Bury. I didn’t start anxiously start turning pages until I was 80% through the book.

But don’t miss The Life We Bury.